Discover a Range of Bike Trails in Melbourne

It goes without saying that cycling is a very popular past-time in Australia. In recent years, the number of people who cycle to work has rapidly increased in Melbourne, as well. So, it’s no great surprise that there is a huge amount of cycling trails and paths in and around Melbourne. As of this year there are a total of around 1,900km of trails!

They say variety is the spice of life, so we’ve created a list of our favourite bike paths in Melbourne – great trails, gorgeous views and good times abound on Melbourne bike paths!

Start in the city

The Capital City Trail is a 30km loop in and around the inner city, with shorter 13 and 9km options. All paths are flat and car-free, making this trail perfect for beginning cyclists and families alike.

This trail is great for getting to know the city or admiring the local landscape and architecture. You’ll be able to go as fast or as slow as you like, easily stopping at one of the many shops, parks or cafes along the way.

If you’re visiting Melbourne, the Capital City Trail is a great way to take in the city. Landmarks along the way include the Victorian Arts Centre, the Melbourne Zoo, Royal Botanic Gardens, Polly Woodside Maritime Museum, Abbotsford Convent, the Docklands and Federation Square. 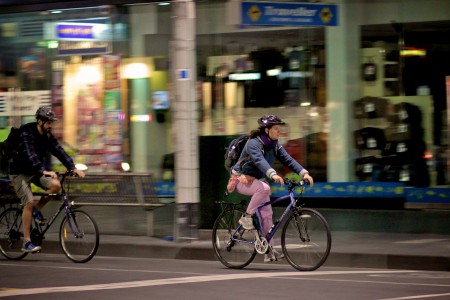 Frolic in the forest

If you’re serious about mountain biking or just starting out, Lysterfield Park is one of the best places to go. Nearly 200,000 bikes grace the trails annually, with riders ranging from pros to beginners. There are a number of trails for all standards of riders.

The best thing about Lysterfield is not only its beauty but the careful design of the trails to ensure a quality experience and a continued protection of the environment, a system for sustainable long term use.

For a great challenge, try the 6.3km State Mountain Bike Course, which was used for the 2006 Commonwealth Games cross-country mountain bike competition.

The Main Yarra Trail is a favourite trail amongst local recreational riders. Stunning river views and

Starting from Eltham, the trail meanders 22km to Fairfield, with the option of continuing 18km on to the CBD. The path from Eltham to Fairfield is compacted dirt and generally flat, while closer to the city the trail is paved. Marvel at the beauty of the river and typical Australian bush along the shoreline.intricate history combine to create a truly magical riding experience.

A favourite place to stop is the Yarra suspension bridge near Templestowe and the Diamond Valley Railway – described as a quirky delight, the 2km miniature train track is loved by people of all ages. 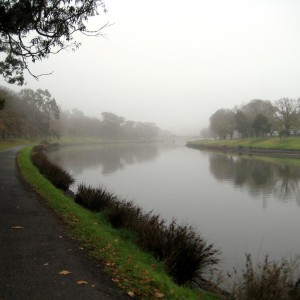 The Lilydale to Warburton rail trail is Victoria’s best known and most used trail, running  through the Yarra Valley for 39km.

The track travels through river flats, farms and scenic bushland, as well as passing though splendid vineyards and picturesque country villages. A number of species of flora and fauna can be spotted by the keen observer along the way, as well. Many of the timber bridges along the route have been restored to have safe handrails and sturdy decking.

Perfect on a sunny summer day, the St Kilda to Half Moon Bay track starts at Station Pier or St Kilda Beach and has an 13km and 18km option of flat beachside path.

Take a break and have a swim along the way or stop at one of the many cafes along the route. It’s no wonder Half Moon Bay is many Melbournian’s favourite beach.

Make sure you take a chance to stop and enjoy the views of the cliffs above the bay.

According to the Humble Village, “it makes your British b

est friend proclaim ‘now this is what I thought Australia would be like!’” Have you ridden any of these trails or want to suggest your own? Tell us about it in a comment below.

You could also check out the full list of trails on Wikipedia to find more great trails in Melbourne!